“A new life is, in this age, stirring within all the peoples of the earth.”

“A new life is, in this age, stirring within all the peoples of the earth.”

– members of a global community the second most widespread of the world’s independent religions, established in 236 countries and territories throughout the world. We come from over 2,100 ethnic, racial, and tribal groups and number some 7.3 million worldwide.

For more than a century, Bahá’ís communities around the globe have been working to break down barriers of prejudice between peoples and have collaborated with other like-minded groups to promote the model of a global society. At the heart of our belief is the conviction that humanity is a single people with a common destiny. In the words of Bahá’u’lláh, the Founder of the Faith, “The earth is but one country, and mankind its citizens.”

Bahá’u’lláh taught that there is one God Who progressively reveals His will to humanity. Each of the great religions brought by the Messengers of God – Moses, Krishna, Buddha, Zoroaster, Jesus, Muhammad – represents a successive stage in the spiritual development of civilization. Bahá’u’lláh, the most recent Messenger in this line, has brought teachings that address the moral and spiritual challenges of the modern world. 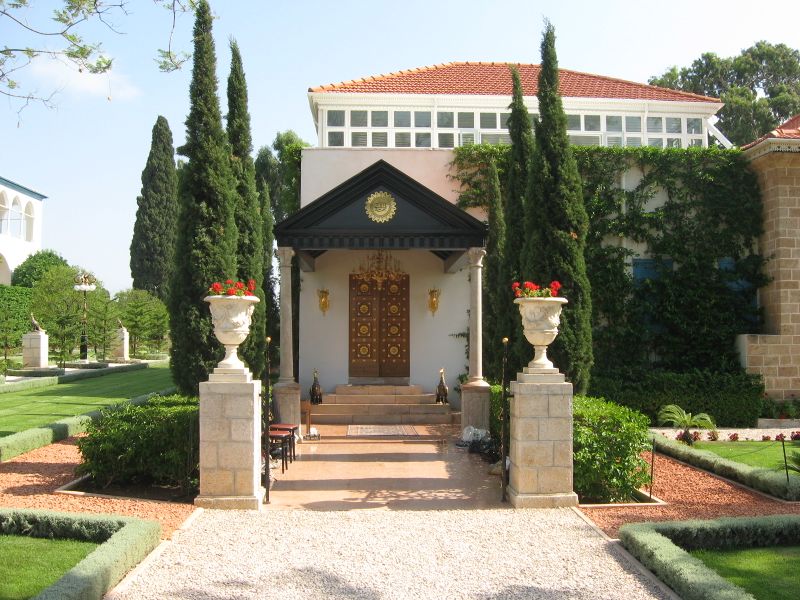 Bahá’u’lláh (Mirza Husayn Ali) was born in Tehran, Iran, in November  1817, into a house of nobility and power. Rather than pursuing a position in the Government, as His father had done, Bahá’u’lláh spent his time and energies on caring for the Poor.  Upon fully and unequivocally accepting the Message of the Báb, life drastically changed for Bahá’u’lláh and His family.

Bahá’u’lláh spent most of His life unjustly exiled and imprisoned. His message of peace, unity and justice, and His prescription for the personal and social requirements of the future global society, form the basis of the sacred texts of the Faith. He was exiled to the Holy Land in 1868 and spent the rest of His life there. He passed away in 1892 in Acre, near Haifa in what is now Israel.

The central theme of Bahá’u’lláh’s message is that humanity in all its diversity of culture, color, language and creed is one single race, and that the day has come for the world to unify into one global society. In spite of the harsh treatment He received at the hands of the Persian and Turkish governments, He admonished all people to be faithful citizens of whatever country where they reside, to uphold justice and to “possess a pure, kindly and radiant heart.”

“A new life,” Bahá’u’lláh declared, “is, in this age, stirring within all the peoples of the earth.”

Bahá’ís view the world’s major religions as a part of a single, progressive process through which God reveals His will to humanity. Bahá’u’lláh is recognized as the most recent in a line of Divine Messengers that includes Abraham, Moses, Buddha, Zoroaster, Christ and Muhammad. While reaffirming the core ethical principles common to all religions and easily recognizable to the followers of all faiths, Bahá’u’lláh also revealed new laws and teachings to lay the foundations of a global civilization. For example, Bahá’u’lláh boldly asserted that men and women are equal, and emphasized the importance of educating girls in order to unleash the as-yet untapped potential of women in society, and equip them to be the first teachers of their children. 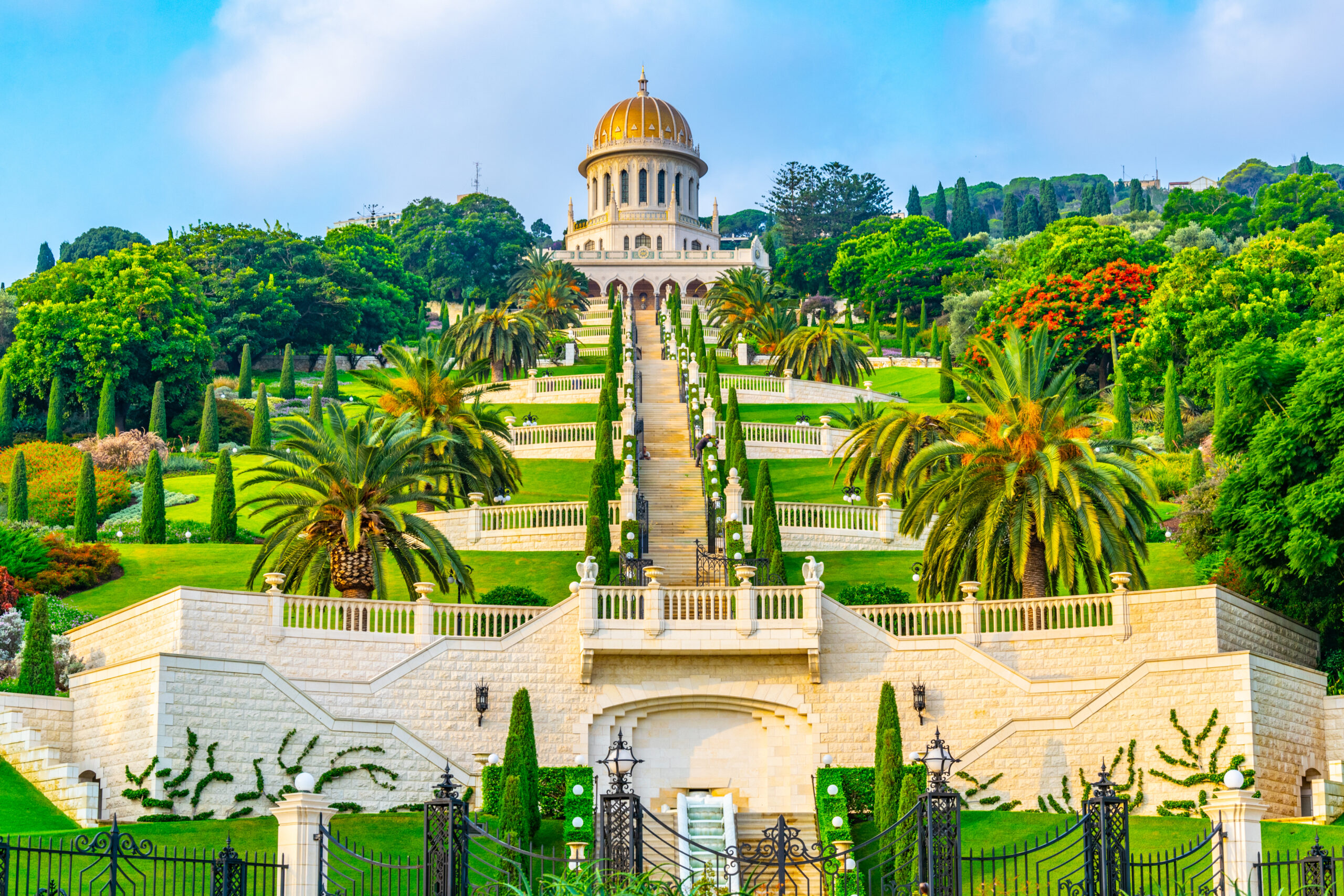 Bahá’u’lláh’s mission was heralded by the Báb (1819-1850), Whose name means “The Gate.” The Báb was an independent Messenger of God. His message urged religious and social reform and aroused great interest among tens of thousands of followers throughout Persia.  The Báb announced that humanity was at the threshold of a new Era.  His mission lasted 6 years with the purpose of preparing the way for “Whom God shall make manifest “ a new Manifestation of God who would usher in the way for peace , justice and oneness.

The Báb was unjustly imprisoned for His teachings. Over 20,000 members of those who believed in Him were put to death in the most horrific fashion.  In 1850 He was executed by firing squad. 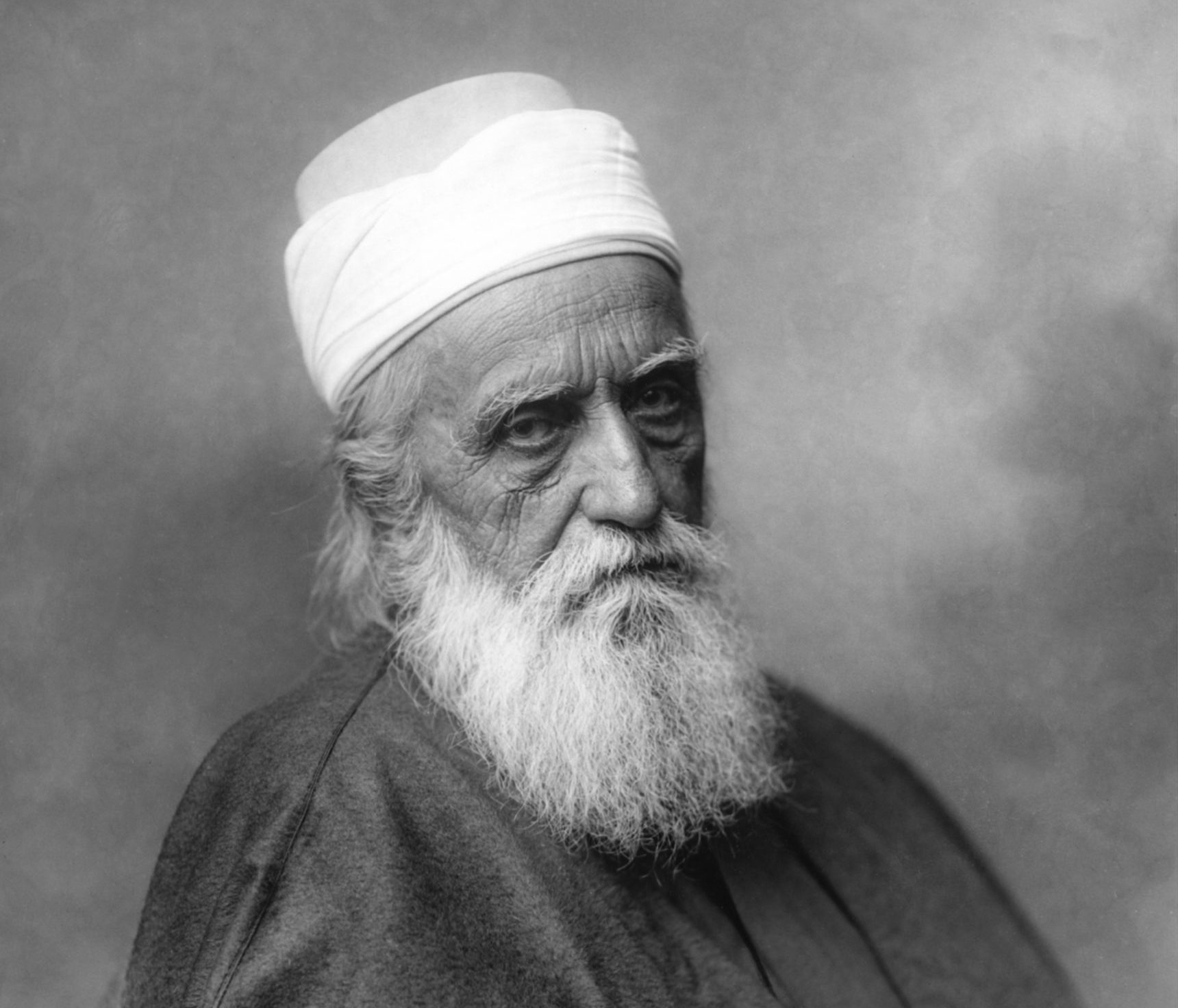 Abdu’l-Bahá (1844-1921) was Bahá’u’lláh’s eldest son, His appointed successor, and the authorised interpreter of His teachings. He led the Bahá’í Faith after His Father’s passing. The Faith spread to Europe and North America during the time of ‘Abdu’l-Bahá. He travelled widely there, explaining the teachings of the Faith to big audiences in universities, churches, synagogues and the meeting places of many progressive associations. 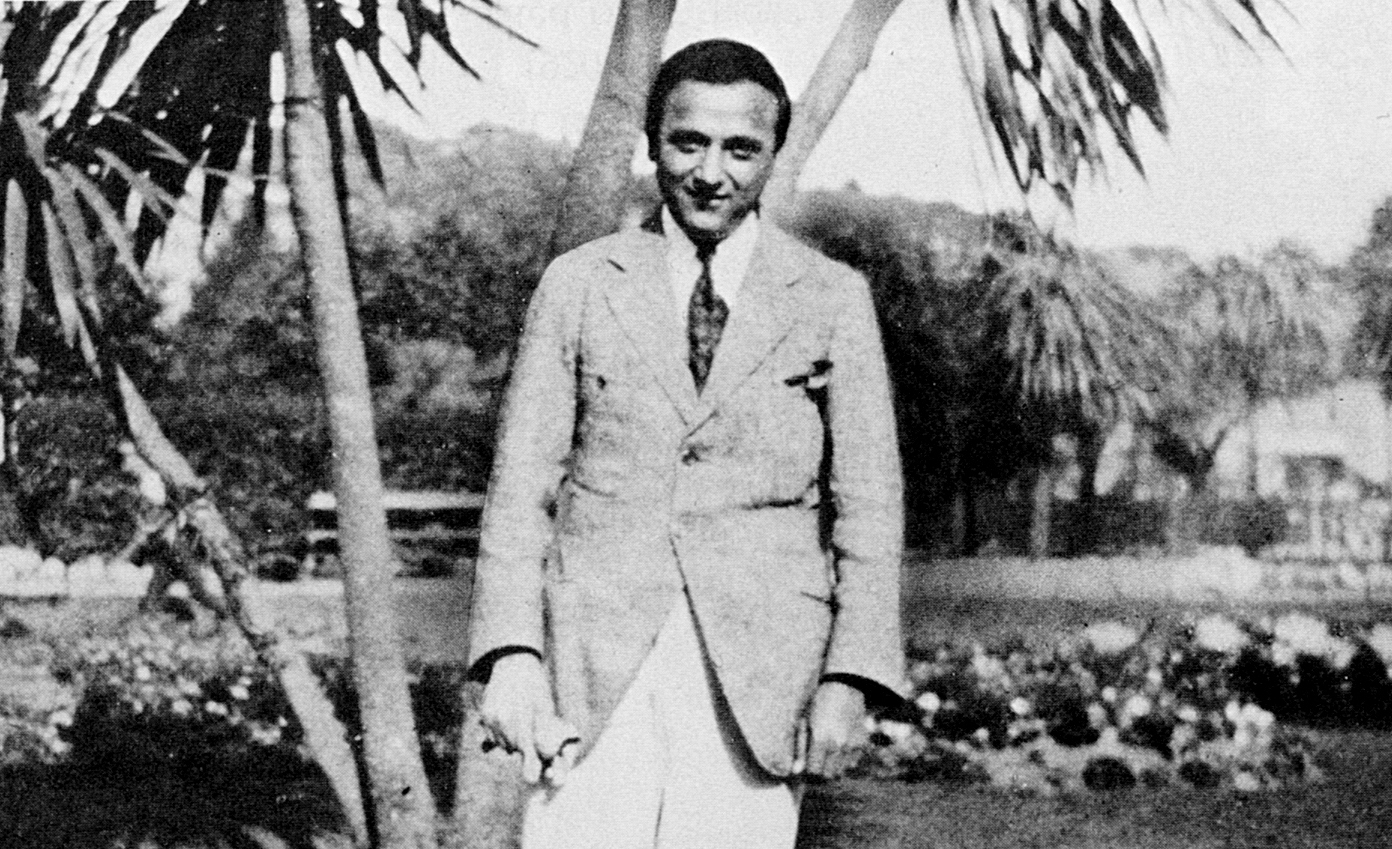 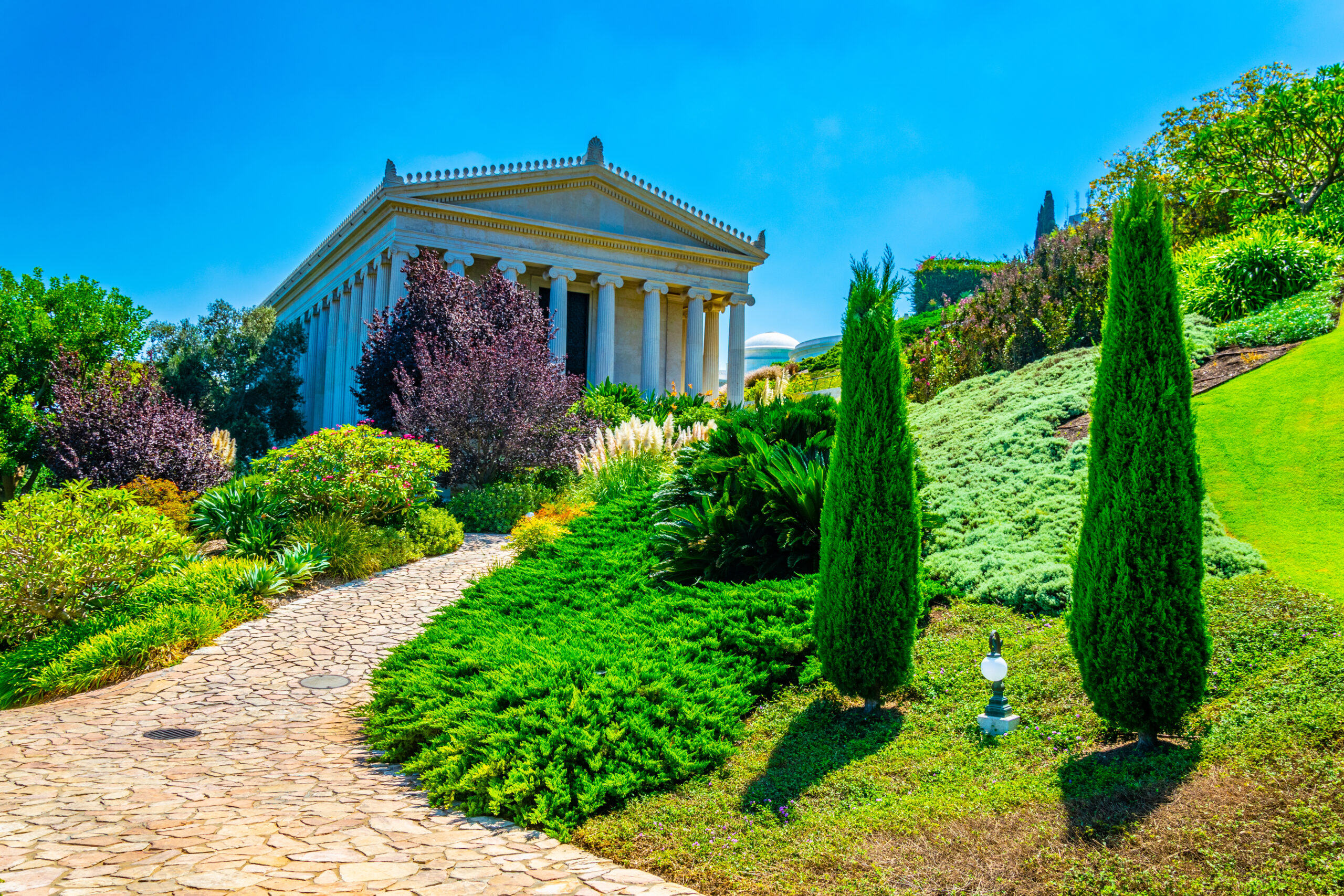 The Universal House of Justice

The Bahá’í Community of Canada dates from 1898 when Edith Magee, a youth from London, Ontario, became the first member of the Bahá’í Faith living in Canada. In 1902 the first Bahá’í group was formed by May and William Sutherland Maxwell in Montreal.

William Sutherland Maxwell (1874-1952) was a well-known Canadian architect. He designed such Canadian landmarks as the Château Frontenac Tower in Quebec City, the Legislative Assembly Building in Regina, and the Museum of Fine Arts in Montreal. In the Bahá’í world, he’s known for his design of the well-known Bahá’í shrine that graces Mount Carmel in Haifa, Israel.

His wife,  May Maxwell, was an early Western Bahá’í when she met her husband in Paris in the 1890s.

In 1912, the small band of believers that formed around the Maxwells had the honour of receiving  ‘Abdu’l-Baha, the son and appointed successor of the founder of the faith, Bahá’u’lláh, during his tour of North America. ‘Abdu’l-Baha’s speeches in Montreal attracted widespread attention from the press and the public. The Maxwell home where he stayed is today the only Bahá’í shrine in the Western hemisphere.

As a result of ‘Abdu’l-Baha’s visit, Canada came to merit a mention in a Bahá’í sacred text: “The future of Canada, whether from a material or spiritual standpoint, is very great,” ‘Abdu’l-Baha wrote in a work called Tablets of the Divine Plan.

Following ‘Abdu’l-Baha’s visit to Canada, small Bahá’í communities took root in major urban centres and then in towns and villages throughout the country. Today, there are over 260 Bahá’í communities in all parts of Canada, with elected administrative institutions called Local Spiritual Assemblies. Bahá’í s live in 1,200 localities in Canada.

The Canadian Encyclopedia notes that some 35 of the faith’s elected Local Spiritual Assemblies are on Native reserves, and others, with Inuit members, are in remote Arctic centres.

More than 15% of Canadian Bahá’í s come from an aboriginal background. A comparable segment of the community are first or second-generation immigrants. The community functions bilingually with its French/English monthly newsletter and national meetings that operate in both official languages. This cohesion and unity among the great cultural streams that make up Canada is a conscious and much prized feature of Canadian Bahá’í community life.

Canada’s Parliament was the first sovereign legislature to formally recognize the faith by incorporating its governing institution, the National Spiritual Assembly of the Bahá’ís of Canada, by a special Act of Parliament in 1949, one year after the formation of that national Bahá’í institution.

In 1937, the Maxwells’ daughter,  Mary, (1910-2000), married the head of the Bahá’í Faith, Shoghi Effendi. After the passing of Shoghi Effendi in 1957, Mary Maxwell, or Amatu’l-Baha Ruhiyyih Khanum, as she is known in the faith, wrote letters and books, wrote and directed two major film documentaries, and contributed to the consolidation and growth of the faith.